The Harper Volunteer Fire Department (HVFD) was established on March 5, 1940 and is a 501(c)(3) non-profit organization.  HVFD started with one fire truck parked outside a filling station on Main Street (US Hwy 290) and a group of local residents with the idea to protect the lives and property of Western Gillespie County.  At that time, the closest fire suppression help came from Fredericksburg.   With the road system of that time, travel time could be well over an hour due to poor roads.

The volunteers for the most part farmed or ranched in the area and some worked in the City of Harper.  The important point is they were quickly available if an emergency arose.

HVFD has continued to expand and modernize its equipment over the years.  Currently, the department has one main fire engine, a rescue/pumper engine, three brush trucks, two tankers, and a command vehicle.  HVFD is now the first responder to approximately 9,000 residents over 505 square miles of rural ranch and farm land.  In addition to the designated area of coverage, the department has mutual aid agreements with six other departments and Kerr and Kimble Counties which more than doubles the effective area of coverage.

The below chart lists the officers of HVFD since 1940.

Photo of the Day 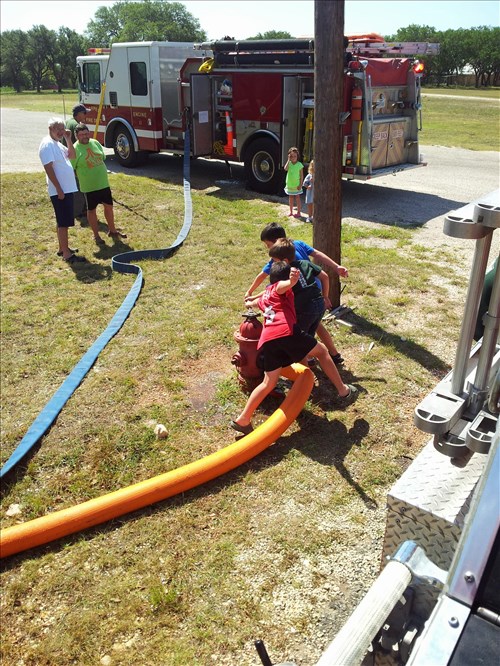 Help us to continue supporting the community by making your tax deductible donation to Harper Vol. Fire Dept.

There is currently a Burn Ban in effect at this time.